What You Need to Know About Basal Implants?

Traditionally, dental implants used to come with a lot of side effects and complications. Often, they required a sinus lift or bone graft surgery. This not only increased the total costs of the procedure but also wasted a lot of time. At times, the implants even failed after some time. This is why a new type of dental implant, known as basal implants, has become popular in the last few years.

Basal implants have been around since late 1990s. They work on the principle that areas of basal bone can be used as the load transmitting surfaces. The bone in these areas doesn’t carry the risk of atrophy, making them stable for implants. If you have decided to go for basal implants in India, then you must know that basal bone is not prone to resorption.

Usually, the alveolar bone is not produced in the middle of teeth eruption. When the crestal cortical bone relocates or resorbs within the resorption phase, it is known as atrophy.

Dental surgeons choose corticals because all the defects produced in such a surgery are repaired easily. As a result, it builds up the integration. Similarly, high mineralization of the cortical bone provides great resistance, which is why it has become quite popular as permanent teeth implants in Hyderabad.

In the last few years, cortical and basal bone areas have been extensively used in TOI and BOI implants. They use basal screw implants that have been designed elastically. These screws are employed in tandem with lateral basal implants. The popularity of basal implants has prevented the use of the maxilla and mandible.

If you live in Hyderabad and want to go to the best dental hospital in Hyderabad, it is necessary to pick an expert to ensure that you get high-quality basal implants in India. For this purpose, there is no better hospital than Dr. Motiwala Dental Clinic & Implant Center. 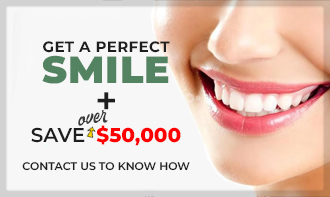 We have 100s of HAPPY ENDINGS to share with you.